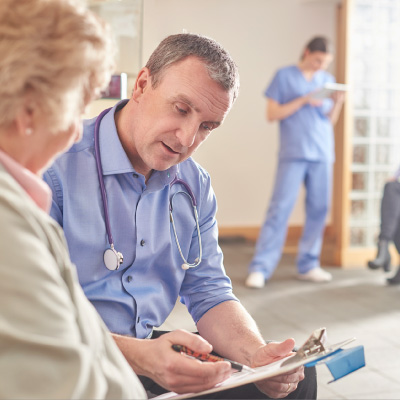 Most Common Questions after Bariatric Surgery

Once you are through your initial post-op phase and diet, there are common questions that patients want to know about.  Willamette Valley Medical Center Weight Loss Surgery has compiled a few of the most common questions about recovery for you.

In addition, it is good to participate in the support groups because quite often, common interests and topics are discussed.  If any of these are problematic, please be sure to discuss with your surgeon.

Almost everyone at one time or another has experienced constipation but there is a difference between occasional and chronic constipation. Chronic constipation means that you are continually having 3 or less bowel movement(s) per week. They are hard and dry and may even be painful to pass. There are many things you can do to get more regular. Proper hydration as well as fiber and regular exercise can help keep things moving.

Drinking 48-64+ ounces of fluid from water and other non-caffeinated, calorie free liquids each day is adequate for most people, however if your mouth and lips feel dry, if you feel fatigued or have a headache, you may be dehydrated and therefore should increase your fluid intake.  To maintain hydration, keep fluid with you at all times and continually sip on it throughout the day.

Fiber from whole grains, fruits and vegetables and from fiber supplements will help you maintain regularity.  The recommendation for older children, adolescents, and adults is 20 – 35 grams per day.  After weight loss surgery with your reduced portion sizes and decreased meal frequency, it may be challenging for you to be able to eat that much fiber. Some suggestions for increasing the fiber in your diet are:

Dining Out after Bariatric Surgery

Adjusting to a new way of eating is easiest to do when you’re preparing your own meals at home. However, it is possible to enjoy eating out after gastric banding surgery and still follow your dietary guidelines.
Tips for Dining out After Bariatric Surgery:

Finding a healthy meal at a traditional restaurant is usually easier than eating healthy at a fast food restaurant. If you do find yourself forced to grab a meal on the run, look for a deli that offers a lot of meat and vegetable options and the opportunity for you to customize your meal. If you absolutely must resort to a traditional “burger joint,” choose grilled or baked items instead of fried or breaded, and try swapping the fries for apple slices or a side salad.

After bariatric surgery, you will be unable to obtain sufficient amount of vitamins and minerals from your diet alone. There is a potential for developing nutritional deficiencies after any type of weight loss surgery and a deficiency can lead to permanent neurologic and physical damage. Please take the recommended vitamin and mineral supplements each and every day and have your labs drawn as directed.

There may be many reasons as to why you are experiencing heartburn. What you are eating may be causing the heartburn. Avoid caffeinated beverages and spicy foods. Avoid overeating. Do not lie down after eating for at least 30 minutes to an hour.

Sugar alcohols, also known as polyols, are ingredients with fewer calories than sugar.  They are used in a wide variety of products such as sugar-free gum or candy, toothpaste and mouthwash, ice cream, frozen desserts, frostings, yogurt, fruit spreads, breath mints, and chewable/liquid vitamins.  Sugar alcohols are neither sugars nor alcohols.  This term is used because part of their chemical structure resembles sugar and part is similar to alcohols.

Diarrhea may occur after surgery.  If your stool is more than loose, i.e. watery and continuing to occur beyond the first 5 days after surgery, please call the clinic.  You may experience diarrhea as a result of your body adjusting to the liquid diet and other consistencies of the diet as you advance.  Other potential causes of diarrhea:

It is normal to have some air in the digestive tract (the esophagus, stomach, small intestine and large intestine) as some air is swallowed while the process of digestion produces some air.  Many people think that they have too much gas when they really have normal amounts.  Most people produce 1-4 pints of gas per day and pass gas about 14 times per day.

The air that is swallowed may be from eating or drinking rapidly, carbonated beverages, gulping, gasping, sighing, talking, chewing gum and smoking.  Burping is the way that most air leaves the stomach.  The air that is left will travel through the digestive tract until it is released as flatulence.

The breakdown of carbohydrates in the digestive tract such as sugars (lactose from dairy, fructose from fruit and fruit juice), starches (potatoes, corn, noodles, grains) and soluble fiber foods (beans, peas, fruits and oat bran) will lead to an increased production of hydrogen, carbon dioxide and methane gases that need to leave the body through the rectum.

The most common ways to reduce gas is to drink beverages slowly, do not use a straw, chew with your mouth closed, and limit conversations when eating and change your diet.

In order to change your diet, you first need to identify the foods that are causing you gas.  Because the amount of gas produced varies from person to person, you will need to keep a record of what you eat.  This will help you to determine which foods cause the gas and then you can vary the amount of that food you eat to see how much you can tolerate.  For example, if lactose intolerance (lactose is a type of sugar found in milk products) is suspected of causing the gas, you will probably have to limit your consumption of dairy products and/or take the enzyme lactase (caplet or chewable tablet) just before eating dairy foods.

Some doctors may suggest limiting foods that cause gas but this may mean that you are cutting out healthy foods such as fruits, vegetables and whole grains.  You want to be able to eat a healthy diet, one consisting of a variety of foods so keep a food journal, identify the offending food(s) and learn how much you can tolerate.

You may also want to look at your total intake of sugar alcohols as these can contribute to abdominal gas, bloating and diarrhea.

Hiccoughs are very common and almost everyone has experienced them.  Hiccups involve the involuntary contraction of the diaphragm, which is the sheet of internal muscle that extends across the bottom of the rib cage. The diaphragm separates the thoracic cavity (heart, lungs & ribs) from the abdominal cavity and performs an important function in respiration (breathing).

The most common triggers of short-term hiccups are eating too much, drinking carbonated beverages, excessive alcohol consumption, sudden temperature changes and excitement or emotional stress.  To avoid hiccups avoid eating too much.  Eat slowly and chew each bit thoroughly so that you may identify signs of satiety before over eating.  Also avoid carbonated beverages and temperature changes in beverages or foods consumed.  For instance, avoid drinking hot tea and ice water at the same time.